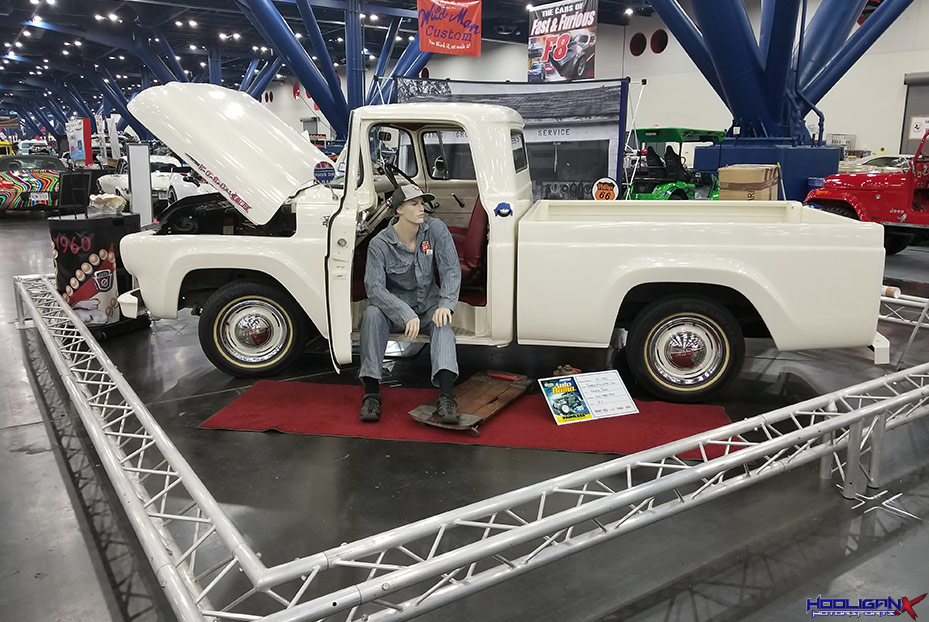 We trailered “The Vintage Pearl” down to the George R Brown Convention Center to exhibit at AutoRama 2018. As with every year, the cars and trucks that you see at this show are simply amazing.

We lost a lot of both production time and budget due to the fact that just one day before setup we had burried my mother-n-laws husband whos death caught us all off guard.

Our both theme this year was that of a gas station and attendant but we did the best with could. Our usual multi purpose mannequin “Fred” was used as the attendant and as we were cleaning and prepping the truck, we kept thinking he was an intruder in the booth.

We ended up winning 2nd place for “Restored Truck” in our year bracket which wasn’t too bad for our 2nd time out.

We setup some of our company trade-show truss system as a peremiter around the truck which turned out to be a big success. 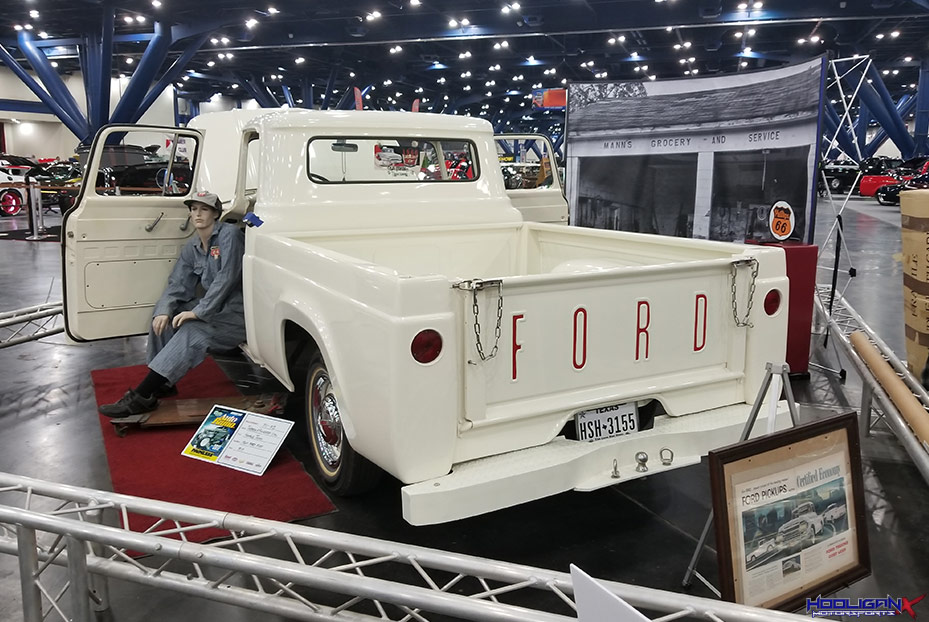 Our presence was graced with the wife of the Original Owner Mrs. Mary Joe. After drinking beer all weekend and telling the whole story of the truck to spectators and fellow exhitibors, here arrival was highly antacipated. Though in her late 80s, this firecraker is as sharp as a whip.

We were quite pleased with our 2nd place finished but after reviewing the 1st place winner, we quickly realized that we did not stand a chance. This truck was so clean you could eat bacon off of the engine compartment.