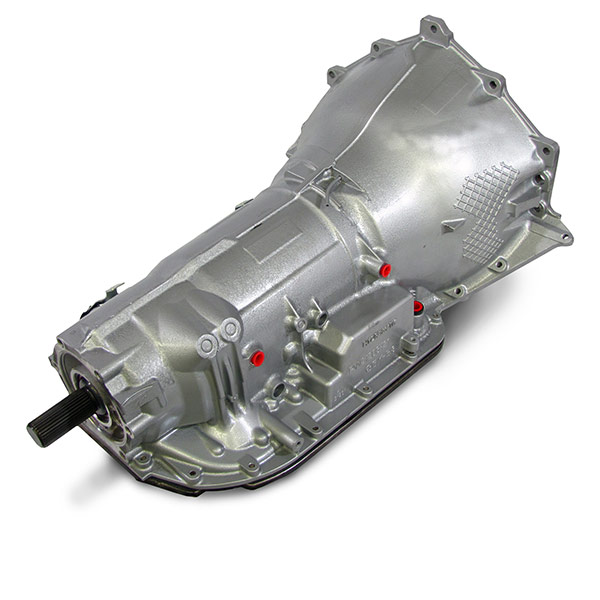 NEED A TRANSMISSION TO MOUNT BEHIND YOUR PERFORMANCE MOTOR?

Our 4L80E rebuilds are designed for customers that are looking to convert their old 2 or 3 speed to the popular 4L80E Automatic Overdrive or for those who are looking to do an LS Swap.

Build Production time may vary as this is a custom built transmission from a used core.

DOES NOT INCLUDE TORQUE CONVERTER!

The 4L80-E (and similar 4L85-E) was a series of automatic transmissions from General Motors. Designed for longitudinal engine configurations, the series included 4 forward gears. It was an evolution of the Turbo-Hydramatic 400, first produced in

October 1983. 4L80-Es were optioned only in Chevrolet/GMC pickups, vans, and commercial vehicles, and the Hummer H1. It was also adopted by Rolls Royce in 1991 and modified after extensive testing,[1] and used initially in the Bentley Continental R, and subsequently other Rolls Royce and Bentley vehicles. The 4L80 and 4L85 were built at Willow Run Transmission in Ypsilanti, Michigan.