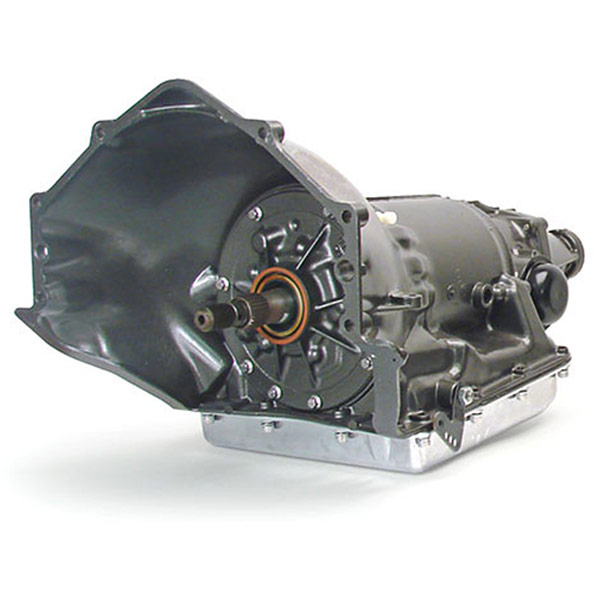 NEED A REBUILT 3 SPEED FOR YOUR PROJECT?

Our TH-350 transmissions are fully rebuilt from core units and can handle up to 375 horsepower safely.

Build Production time may vary as this is a custom built transmission from a used core.

DOES NOT INCLUDE TORQUE CONVERTER!

The TH-350 is an automatic shift, three-speed transmission. It is widely considered to be one of the greatest of automatic transmissions ever built.

The TH-350 transmission was introduced in the 1969 model year as the successor to the GM Powerglide automatic transmission. Jointly developed by Chevy and Buick, it is also referred to as the CBC (Chevrolet-Buick Combined) 350. The Turbo 350 quickly become known for its strength, versatility and compactness.

The HydraMatic 350 transmission was prevalent in nearly all GM, rear-wheel-drive cars and trucks through 1984. It was typically paired with Small Block V6 & V8 engines. It was phased out of use and superceded by GM’s 700R4 starting in 1982.