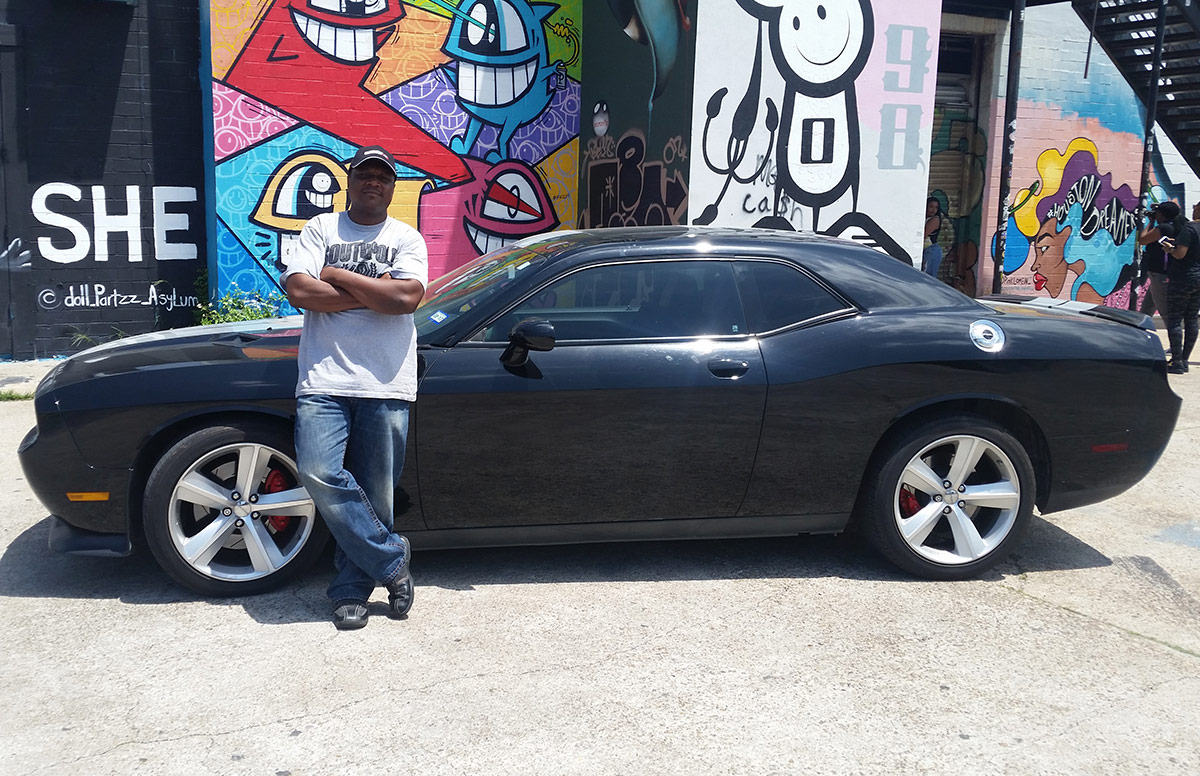 The first time I laid eyes on a 6.4L SRT8 Challenger was when I was doing some contract design work for Humble Sign Co. One of thier customers who owned the white SRT8 had some blue racing stripes installed and was back for more decals. I spoke with him briefly as he explained to me how he once owned a 6.1L but traded it in for the 6.4L and clearly there was a big difference.

Roll the clock up about a year or so later and I was at our shop when one of our customers drove up in a Black SRT8 with grey Racing stripes. I had never seen him drive this before so I was like, “Man when did you get that??” He explained to me how he has had it a while but is no longer in need of it and was looking to get rid of it. I asked him what he wanted for it and get this, he said just take over the notes. I seriously thought he was joking until he got home a few minutes later that day and text me a photo of the loan balance. This was on a Thursday and come that following Monday the Challenger was added to our collection.

Two of the many things that I like most about this car is that it has a Tremec T60 6-Speed transmission and the size of the it makes you feel like you are driving an old school muscle car.

Orgins of the Name:

The name and theme ‘Black Samurai’ stems from the historic Yasuke, a Samurai of African origin who served under the Japanese hegemon and warlord Oda Nobunaga in 1581 and 1582.

What are the plans for this project?

Overall, this will be a driver (not a trailer queen) so most of the modifications will be those that still allow the car to be driven on the street. Mostly performance and cosmetic mods are the plans for this project.

What is the driver train for this project:

The car currently has the standard 2012 SRT8 6.4L 392 Cubic in Hemi. At one point we intended to install a Wipple Supercharger but came to find that the boost levels would be very limited. The car now has a Borla exhaust and future performance mods will include, Cam, Heads, Intake, Headers, High flow cats and various other go fast parts.

What Are the cosmetic plans

Currently the car is rolling on a set of Ferrada FR2s (black) and some Lexani tires. There are some custom decals on the windows and body. The next on the list is some carbon fiber side splitters, front lip, front splitters and an extensive lighting kit.