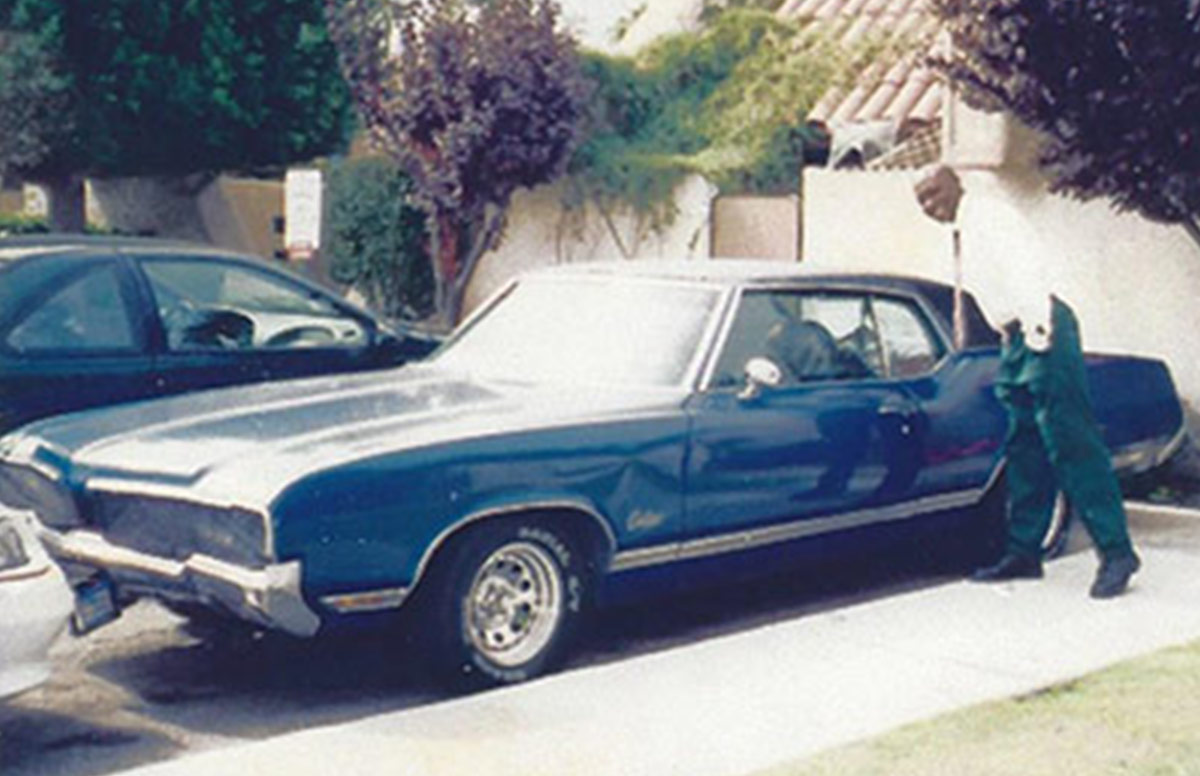 I have always liked big American muscle cars such as the Chevy Chevelle and Pontiac GTO. When I was growing up my highschool sweetheart had an uncle that had a 1972 Oldsmobile Cutlass that he would talk to me about in the church parking lot. I knew at that point that I wanted to one day own an early 70s Oldsmobile Cutlass.

As time went on, I later found myself stationed in 29 Palms, California years later and was driving back and forth from Palm Springs to see my girlfriend at the time. One evening when I arrived in Palm Springs, I noticed an A-Body GM car parked down the street from my girlfriends home but I really could not tell exactly what it was in the dark. The next morning when I was traveling back to base, I was able to get a good look at the car and was like “HOLY CRAP, THAT LOOKS LIKE A 1970 CUTLASS“. Also to my delight, there was a for sale on the car so I took down the phone number.

The next time when I was in Palm Springs I called the number and spoke with the owner. He was a Hispanic brother that spoke heavily accented English and told me he was asking $1200 but would take $1000. I was floored and could not believe that ownership of one of these cars was only a thousand dollars away. I scraped up the money (Corporals didn’t make jack back in 1994) and jumped on it asap.

When I finally got my base sticker for it and drove it to my barracks the guys in my unit was like, “Where the hell did you get that?” Little did they know, this was going to be one a flagship additions to a future collection.

ORIGINS OF THE NAME:

Well back in those days as you can imagine, I used to drink a ton of Shlitz Malt Liquor Bull and everyone in my unit knew it. It was cheap and effective so the other jarheads naturally started calling my new ride “The Blue Bull“.